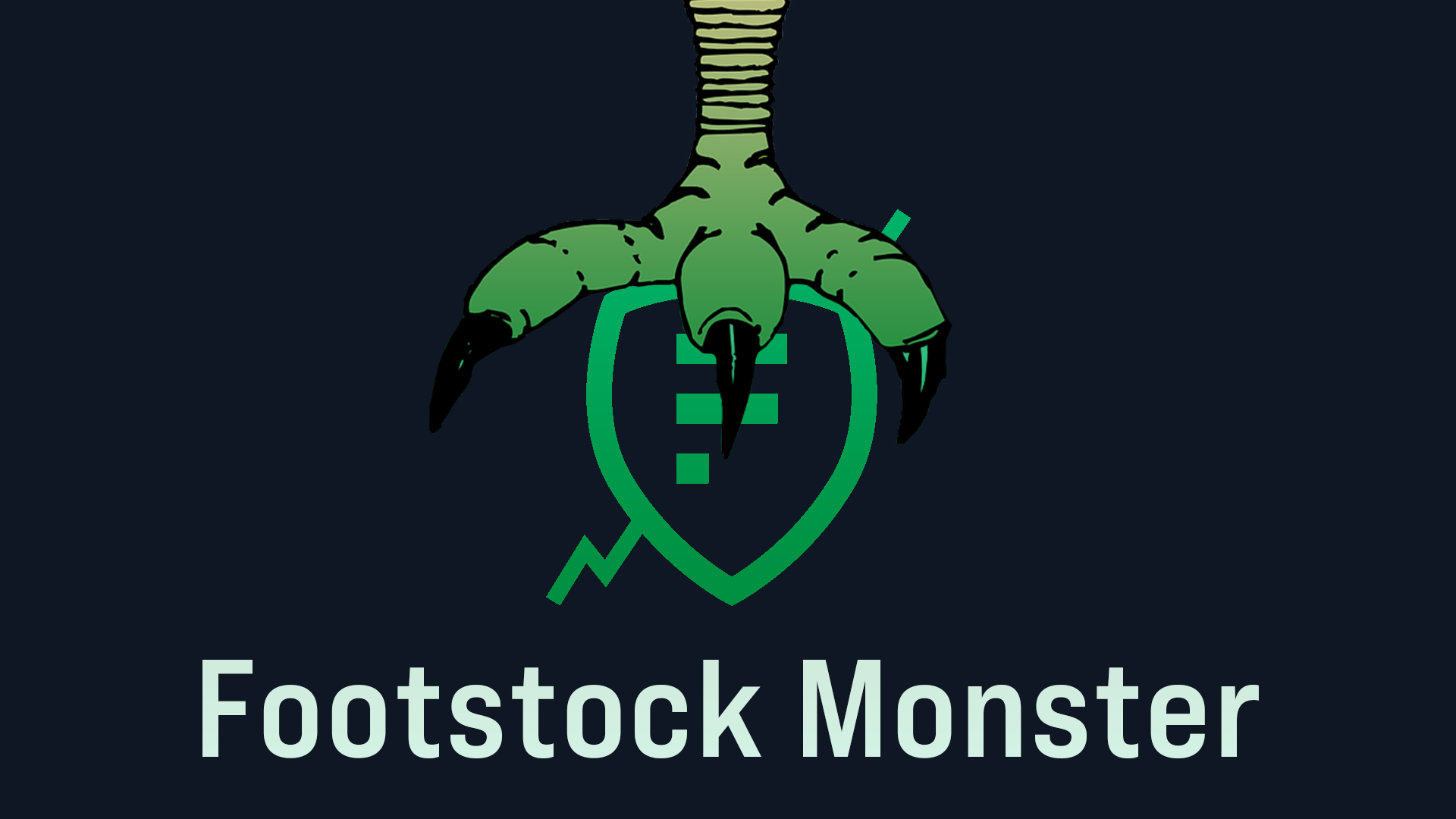 Mark White brings you some tips for the upcoming Footstock Monster.

It has been a pretty bleak midwinter, but there is light at the end of the tunnel in the form of the Footstock Monster, which gets played over the course of the weekend of 30th and 31st  January.

Select 11 players using the 30 stars available, and if you get the highest score over the course of the ten Premier League matches played that Saturday and Sunday and you could end up with a decent chunk of a minimum £15k prize pot - enough to warm the cockles of even the frostiest snowman!

Getting a share of the cash will not be easy however, so here is a few top tips to try to help you maximise your moolah chances…

Have a strategy for each entry you submit!

There will be some of you out there with multiple Monster tickets, won from finishing 1-5th in other tournaments. Others of you will want to enter multiple times. It always pays to have a plan for each entry – are you going all out for the win, and thus selecting strikers who might score braces and thus higher scores? Or are you aiming simply to cash and thus selecting those with high base scores. If you are entering more than once it pays to have an underpinning logic behind your team that is consistent across your selections. I have got a couple of free tickets and will have one paid entry also so will have one high risk team that will max out my strikers for the big win, one with high base players from winning teams which I am looking to cash and one that’s a mix of the two.

If you fail to prepare, prepare to fail.

Whilst it may sound obvious, you will be amazed at how many Footstockers, even experienced users, will be slamming teams in at the last minute once the 1230 line ups are announced. This practice has two fatal flaws – firstly selecting 11 players with a 30-star limit is far from easy, and getting the combination right takes time; secondly there will be all sorts of nefarious types (I am looking at you, JayFrazz!) who will only be too willing to take exorbitant sums of cash from you to supply you with the choicest one- or two-star players that you didn’t stock up on in advance! My advice is to select your line up on Friday night once the initial team news is in and the press conferences complete. Let’s face it, you’ve got nothing better to do in lock down, and you can always refine them in the morning with some last-minute tinkering.

Play or no pay!

Again, a statement of the obvious, but if your players don’t play, you won’t get paid. As such it’s worth thinking hard before you decide whether to play Pep Roulette, or whether you decide to risk a premium option who is not 100% fit, no matter how easy their fixture. Given the prize pot at stake its always best to err on the side of caution and only back those you are confident will be in the starting eleven when their match comes around. There’s a reason why the first match often gets a fair selection of picks – at least people are sure their man will be earning them points from the get-go!

Back and stack the winners.

When you are faced with such a limited star count you need to squeeze as many points as possible out of each player in your team. As such, points for clean sheets and wins take on an extra level of importance. You simply aren’t going to be able to have a team full of goal scorers unless you get incredibly lucky, so make sure you pick players who you are confident are going to win their matches, and ideally those who you think will keep a clean sheet into the bargain. Particularly at one- or two-star level they could be the difference between a cash and a train smash.

Similar to the previous point, for your lower star players ideally you want to max out those with high base scores (which can be found on our excellent sister site, www.footstockstats.com). A high base player that wins and keeps a clean sheet could easily net you 20 points minimum without scoring a goal or providing an assist. Worth checking out lower starred players who take set pieces or those who like to dribble and who like to cross the ball, both of which score you extra points on the Footstock matrix.

Informed by In Form

In addition to looking at the stats available, it’s worth checking out which players are on runs of goals or assists, or those who are due an explosion following lots of XG, but it hasn’t quite worked out for them. If there’s a player whose been banging them in and they have a favourable fixture, they will come higher in my thinking that someone with a great PPG on paper, but who hasn’t delivered of late. There’s a certain German on the light blue side of Manchester who’s proving particularly hard to ignore right now…

“Every time he plays he plays at a high level. It doesn't matter where he goes, in the FA Cup third round or the UCL latter stages, he always plays the same. He is always confident. He is a nice guy."

Pep Guardiola on Ilkay Gündoğan after the 0-5 thrashing of West Brom.

Play, but don’t pay, the Penalties.

In a weekend where every point counts selecting penalty takers is a risk that has worked out well for Monster winners in the past. Beware though – a missed penalty could blow your prize pot, as those who picked Ollie Watkins found to their cost in Monsters past!

In a 30-star team you can probably afford one five-star player comfortably, possibly two if you are prepared to play predominantly lower starred players. As such you need to select players who will really deliver the goods and its harder than in usual weeks to select the tried and tested combos. Ideally depending on your risk level, you want players who will win, score, and assist with a high base. Not too much to ask is it?! I always try to pick all rounders for my Monster team rather than players who will score but not do much else. Worth thinking hard therefore whether you go for Kane or Son, Salah, or Mane, or Richarlison or DCL. As said above, these decisions will be informed by your overall strategy. Do you go for the low involvement player but who could score multiple times, or the all-rounder who is less likely to explode but who will be engaged throughout the 90 minutes?

Good luck to you all, and I wish you all the best in coming second after me!

FootStock, FanTeam & Football Index in that order!
This blog has been brought to you by the FootstockHub team. Be sure to head over to our twitter page @footstockhub, and sign up to the mailing list on the contact section to be notified whenever new content is posted. Our podcast is available on spotify, apple and all of your favourite podcast apps, so be sure to head over there to follow, like and leave a review to hear from a whole host of successful footstock users. We have a dedicated team of writers here at the FootstockHub, and we aim to deliver to you on all of your footstock needs. Check out our beginner videos, matchday PPG scores, videos, and be prepared for so much more. We aim to be the number one Footstock content site there is.
Back to Blogs Home