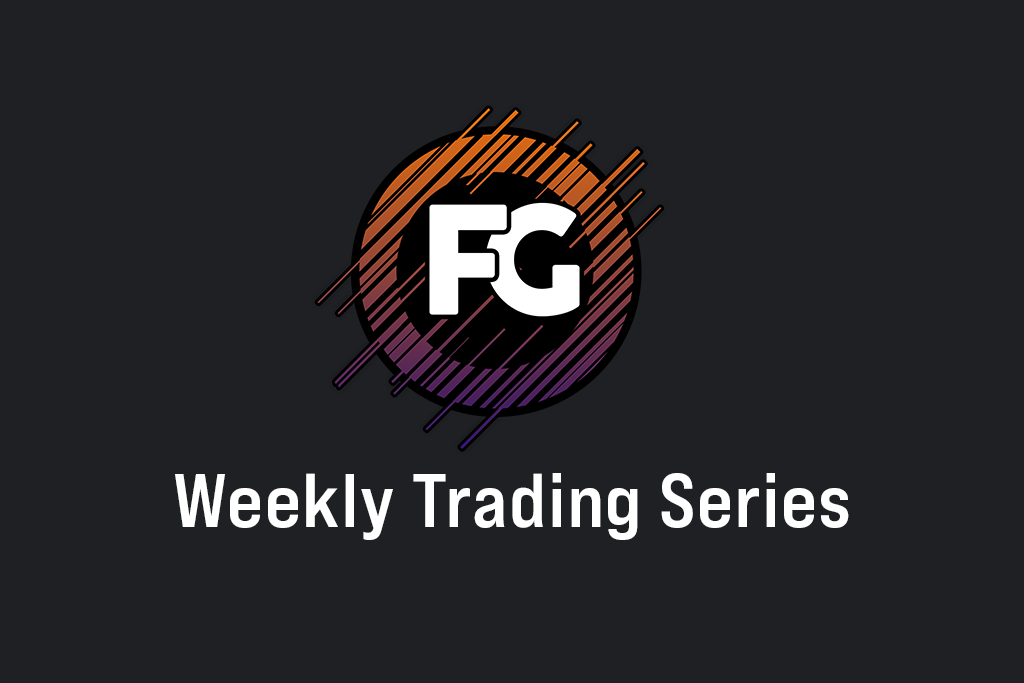 FPLGraphics's first blog, looking at the start of his trading journey.

Whether you're new to Footstock, or someone who was on since the Indiegogo days, you may or may not have mastered the trading aspect of Footstock. Recently, I decided to put contests on the backburner and take the plunge into solely trading on Footstock.

Now before I start, I am in no means an expert in trading, however in my time using Footstock I know a thing or two on some trends of player prices and when and why to buy certain players. In this series, I will highlight the trades I have made each week, along with the mistakes I made and what went wrong- because it ain't all rainbows and sunshine.

First off, let's look at what was happening on the world of Footstock this week and what I was targetting for investments. This was the week of the monthly Footstock Monster, which let me tell you, isn't just big for contests, it's also a superb opportunity for traders. Why? Well as everyone is trying to get their ideal team to enter into the contests, they have to buy players off the market. Identifying key players a week (or even earlier) before the monster is crucial. In this blog I am going to break down the key points to consider when deciding who to invest in, which applies to not only the monster but a normal match day weekend also.

Some may argue this is the most important aspect when deciding which players to invest in. Who has the best fixtures that week? Not only that, the lineups are available from the first fixture, before the deadline of the contest. Good fixture? Check. First game of the match day? Check. If both of these are correct then you are on to a winner for investing. So lets look at this weekend's fixtures.

The first game of the match day was Everton vs Newcastle. On paper, this looks fantastic for the prospects of buying into Everton players early, in anticipation for this fixture. But you may say Newcastle won? Well for us traders, this doesn't matter as we will have sold our players before the match has kicked off.

Around a week before the monster kicked off, I decided to invest in Everton players. Four players stood out for me more than others, which is Lucas Digne, James Rodriguez, Richarlison and Dominic Calvert Lewin. These are who you would class as Everton's 'talisman.' At the bottom of the blog you will find a pdf of all my buys and sells for the week and the other Everton players I invested in, however the main bulk of profit came from the talisman.

I bought 15 Everton players in total and made £30.18 profit from these players alone. Looking back, and you will feel like this a lot if you do decide to get stuck into trading is - I wish I bought more.

This applies mostly to Monster weeks, where there is a limit on the amount of stars. For traders, this is the perfect time to take advantage, as everyone will be looking for that perfect one star option to enable big hitters for the rest of their entry.

The man pictured above has been a revelation for Man City since his return to the side, keeping clean sheets in 9/11 of his starts this season in the league. He may not have started this weekend vs Sheffield United, but again for us traders, this doesn't matter. I bought 19 John Stones in total, for a combined price of £33.48, selling them for a combined price of £38.43 for a profit of £4.95. This may not seem like a lot, but profit is profit and regular profit is great!

There wasn't so much luck with Hakim Ziyech. I had purchased 5 of him at the start of the week, as I expected him to return to form in the Wolves game, which wasn't to be. I had growing concerns that he may not start this game vs Burnley, however I managed to shift one for a massive 11p profit. The rest have been held in anticipation for Chelsea vs Burnley, being the first Sunday match day game.

Reflection on this week and mistakes made

All in all, a very successful week, with total profits amassing to £44.23, which if I was to replicate this each week, would be over £200 profit per month! But lets not focus on the positives for too long, as there are plenty lessons to be learnt.

These points certainly apply to many decisions made this week, especially investing in players like Danny Ings and Che Adams, who I thought had a great fixture with Villa shipping some goals recently, but the general consensus in the community was that this was a tough fixture. Finally, if you think you can sell your player for a decent profit the day before the games, do it. Waiting can often lead to people penny pinching the price down on the day of the game.

I will be back next week to summarise my investments from the midweek fixtures. I can't tell you who I'm investing in, unless you're a patreon of course... but hopefully this has given you some hints on the kind of players to go for.

Passion for FPL and Graphic Design.
This blog has been brought to you by the FootstockHub team. Be sure to head over to our twitter page @footstockhub, and sign up to the mailing list on the contact section to be notified whenever new content is posted. Our podcast is available on spotify, apple and all of your favourite podcast apps, so be sure to head over there to follow, like and leave a review to hear from a whole host of successful footstock users. We have a dedicated team of writers here at the FootstockHub, and we aim to deliver to you on all of your footstock needs. Check out our beginner videos, matchday PPG scores, videos, and be prepared for so much more. We aim to be the number one Footstock content site there is.
Back to Blogs Home